Vifm is a curses based Vim-like file manager extended with some useful ideas from mutt. If you use Vim, Vifm gives you complete keyboard control over your files without having to learn a new set of commands. It goes not just about Vim-like keybindings, but also about modes, options, registers, commands and other things you might already like in Vim.

Just like Vim, Vifm tries to adhere to the Unix philosophy. So instead of working solutions which are set in stone user is provided with a set of means for customization of Vifm to one's likings. Though builtin functionality should be enough for most of use cases. 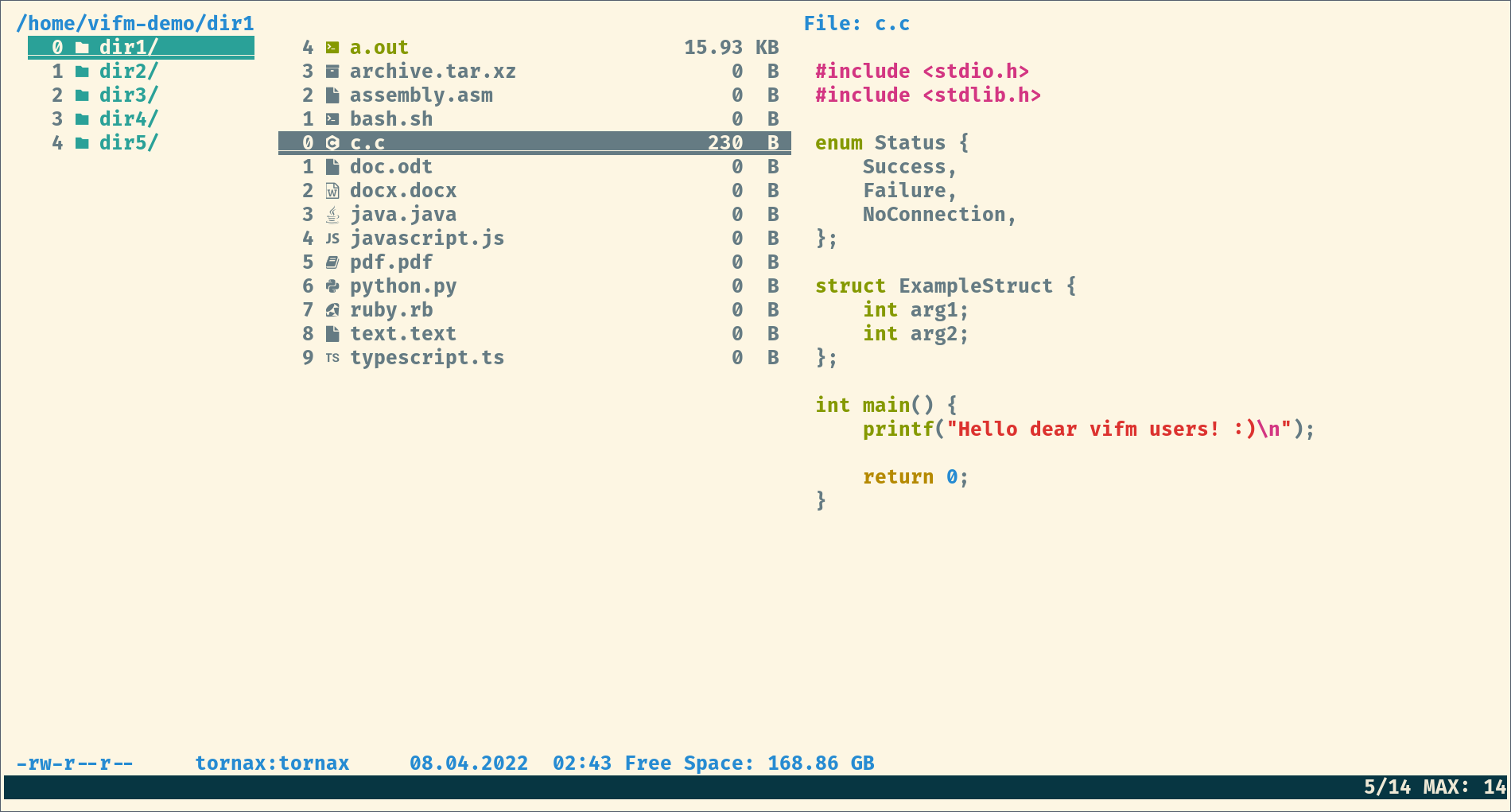 A good idea for quick start might be skimming over cheatsheet for the main mode (that is Normal mode), reading some sections on basic usage on the wiki and looking at sample configuration file (run :edit $MYVIFMC).