uncov is a tool that collects and processes coverage reports.

By storing history of coverage reports it allows one to view how code coverage changes over time, compare changes that happened and view current state of the coverage.

The tool is deeply integrated with git repository of processed projects and thus avoids generation of static reports. Data is bound to repository information, but can be freely shared by several copies of the same repository (builds referring to unavailable git objects just won't be accessible).

Provided command-line interface should be familiar to most of git users and helps to avoid switching to a browser to verify code coverage.

It's also possible to display coverage information in a browser, say, on a CI server. This makes uncov something like self-hosted coveralls.io analogue (but note that Web-interface is secondary in this case and isn't feature complete).

Storage management tool itself is language independent and is relying on complementary tools to fetch and transform coverage data from language specific coverage harness.

Importer of coverage for C and C++ languages that collects data from gcov is provided.

Adding support for a language

Support for other languages can be added by converting existing coverage tools or even using them as is. The new-json subcommand accepts JSON that's used by coveralls.io API, all what's needed is to extract this JSON and pipe it to uncov new-json (some tools might already have a command-line option like --dump, others could be extended by adding it).

Overall structure and basic elements are expected to remain in place, however they aren't finalized and changes for the sake of improvement are possible. Databases will be migrated if schema changes, so previously collected data won't be lost.

Expected to work in Unix-like environments.

Using subcommand (should be faster and less problematic):

The easiest way of checking out uncov is by using it on itself (assuming that you have just built it or just happen to have all the necessary development dependencies).

In root of the project run make self-coverage and then do release/uncov build to see something similar to:

release/uncov changed shows files which have their coverage changed: 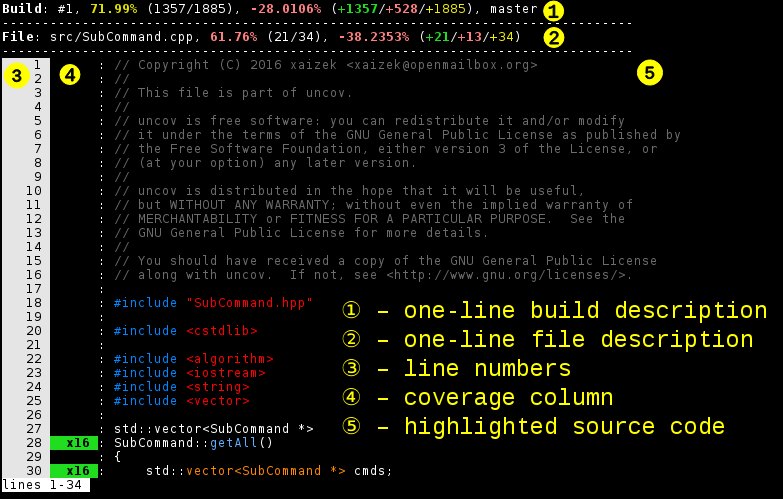 When most of a file is covered, one probably wants to see just what's not yet covered, this can be done with release/uncov missed command:

Not everything can be demonstrated by self-coverage example above, so here are some other interesting things. List of latest builds (uncov builds): 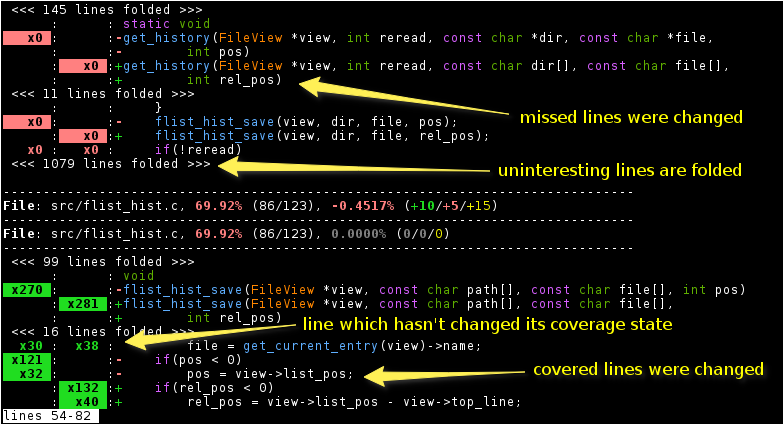 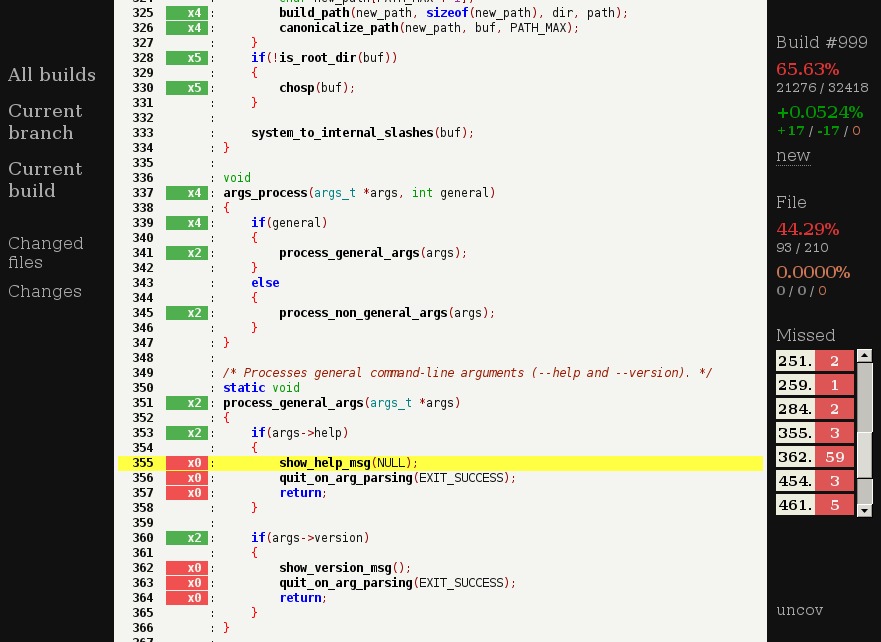 Deployed Web-interface can be seen here.