This is a task management application for command-line oriented people.

The idea is to provide a relatively simple tool for managing software development tasks that is more sophisticated than simple TODO lists, but simpler than overly complicated task management software out there. One can spot some similarities with git.

NOTE: It somewhat resembles TaskWarrior by accident, didn't see it before starting writing this application, but TaskWarrior seems to be very powerful and should be more popular than it is, it's just that lists or search results didn't include it. So the reader might want to use TaskWarrior, which seems to be more oriented on GTD and similar techniques.

This is quite close to 1.0 version, although it might see some changes for the sake of improvement, but the code itself is stable.

The out of the box setup is minimal. One is likely to want to change some settings add define convenient aliases. There are no assumptions on the workflow, which are expected to be defined by the user. 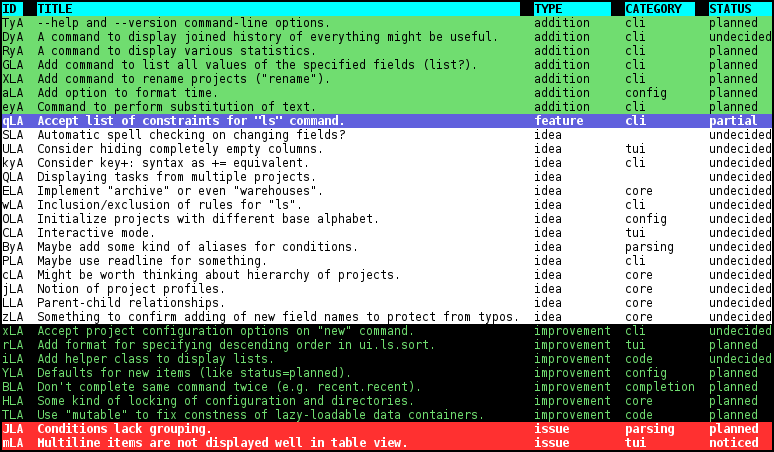