This is a simple, minimal and straightforward CI to compensate complexity of many CIs out there among which author of this one couldn't pick, even though he tried really hard to omit creating one more CI. It's worth nothing that end result turned out to be somewhat more complicated than planned, which might be fixed in the future.

Small Features (because there are no big ones) 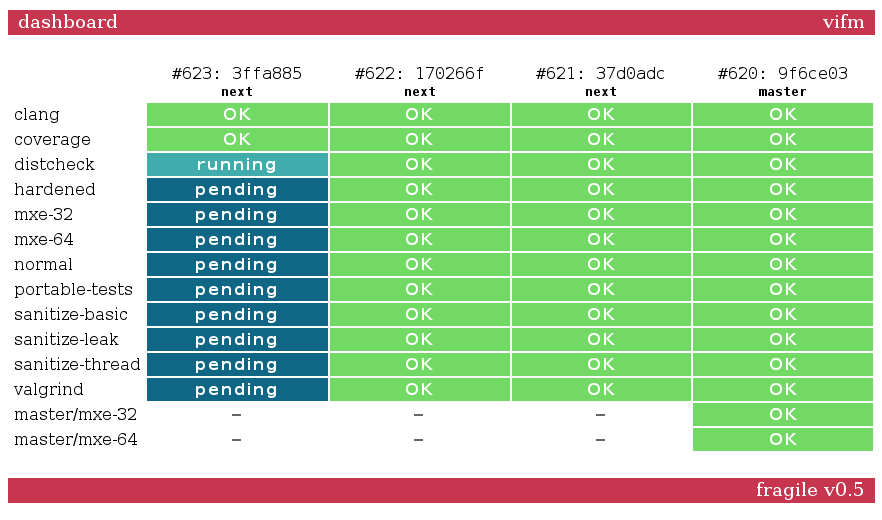 One can see it being used here.